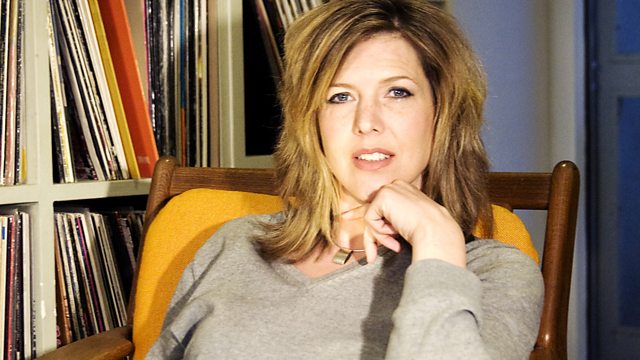 DJ Colleen Murphy charts how the record-playing turntable provided revolutions per minute not just in sound but in society, from the earliest gramophone to today's hi-tech decks.

In the first of two programmes telling the story of the record-playing turntable, Colleen Murphy spins through its early history and the dramatic take-up of this new technology in Edwardian society. It was an enthusiasm as spectacular as the computer's rise at the end of the same century and its impact on the music industry was profound.

Colleen talks to John Liffen of the Science Museum and Christopher Proudfoot of the British Phonograph and Gramophone Society about the earliest machines arriving from the United States by way of the German Emigre inventor Emile Berliner. She finds out why the HMV (His Master's Voice) image wasn't initially created for the Gramophone at all, and most important of all she gets to hear the sound qualities of the machines that developed in the first two decades of the 20th century.

As the Gramophone company took hold the potential for preserving singers, performers, speech makers but above all music was eagerly realised. Colleen discovers that by the outbreak of the First World War some forty percent of households had some sort of Gramophone, however primitive, and not surprisingly, travelling versions went with the troops to the bunkers behind the front lines.

That capacity to bridge the performer with the audience when the two were hundreds of miles apart was the great miracle of the early years and allowed the easy spread of musical styles from Ragtime to Jazz to the first superstars of the Turntable world - the Opera stars. And yet, as ever, it was popular culture that dominated the market and drove sales.

She also touches on the new opportunities for the Blues and Ragime musicians of African-American society to be heard beyond their geographical centres in the Southern States, and the preservation of performances which would go on to inspire British Rhythm and blues half a century later.

And Antiques Roadshow expert Paul Atterbury talks about the Gramophone as a blend of home furnishing and status symbol and why what appear to be exotic survivors of the period are actual part of a massive number of machines that were on sale from bike shops to music emporia.

See all episodes from Turntable Tales