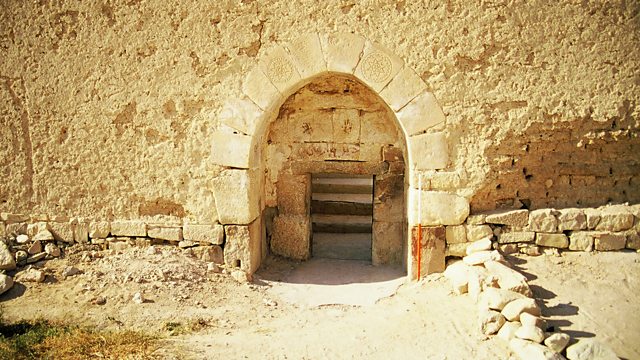 The legends of a shrine, revered by both Christians and Muslims for hundreds of years.

This monastery in the remote Syrian town of Qaryatayn held the 1,000 year old tomb of a saint, Mar Elian, who was revered by Christians and Muslims alike. After the Islamic State group took Palmyra, they came to the monastery of Mar Elian, kidnapped its priest and later bulldozed the site. A British archaeologist who lived and worked there for many years tells the legends of Mar Elian and her close relationship with the community.

With thanks to Shadi Atalla.

The Lion of al-Lat