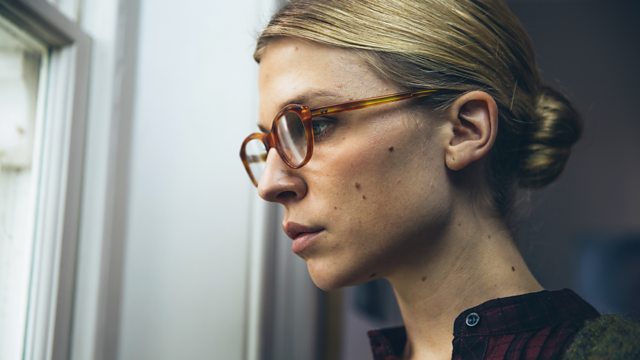 The Ones Below reviewed, Afghan rapper and activist Sonita speaks out, Tate funding post-BP analysed, Comedy Playhouse in context, and the music of War Horse, with Kirsty Lang.

The Ones Below is a dark and tense thriller, focussing on the relationship between two sets of first time expectant parents. After a tragic accident, a divide develops between them and a series of sinister clues lead to an unsettling discovery. Kate Muir, film critic for The Times, joins Kirsty Lang to discuss David Farr's big screen directorial debut.

Afghan rapper and activist Sonita shares her experience of almost being sold into a forced marriage and director Rokhsareh Ghaem Maghami describes her award-winning documentary telling Sonita's story, screened at the Human Rights Watch Film Festival this evening and next week.

The BBC's Arts Editor and former Media Director at the Tate, Will Gompertz, considers the impact of BP's decision to end its sponsorship of the gallery after 26 years.

As the BBC announce a season celebrating sitcoms, Boyd Hilton takes a look at its latest comedy offering Stop/Start. The pilot episode airs tonight as part of the long running series Comedy Playhouse which gave birth to TV classics Steptoe & Son and Are You Being Served.

Joey will gallop around the West End stage for the last time when War Horse ends, after 7 years, tomorrow night. The extraordinary puppetry has attracted a lot of attention, but crucial to the play's success has been the music. This draws on folk song, which melds with classical orchestration. Director Tom Morris, and song-maker John Tams explain their approach, and Tim van Eyken, who was the original Songman in the National Theatre's production, plays and sings live in the Front Row studio.

See all clips from The Ones Below, Sonita, Tate funding, Comedy Playhouse, War Horse music (2)

The Ones Below is in cinemas from Friday 11 March, certificate 15.

Sonita is showing as part of the Human Rights Watch Film Festival which begins on 11 March at the Ritzy Cinema, Brixton.

Stop/Start is part of the Comedy Playhouse and airs on BBC One at 10.35pm on 11 March.