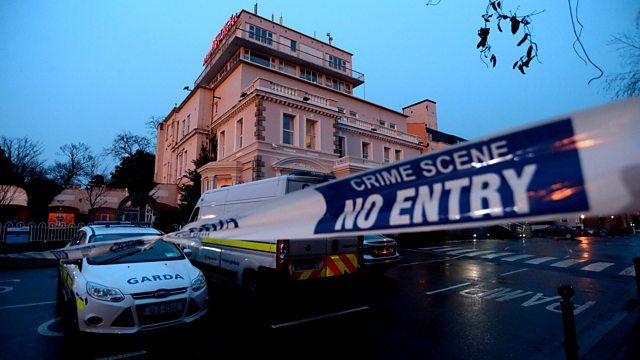 Extra armed police have been put on the streets of Dublin after two murders within just four days of each other. It's being blamed on a flare up of gang wars more akin to Sicily. The first involved gunmen carrying Ak47s disguised as police who burst into a respectable hotel packed with people. The next was assumed to be a swift reprisal: a man was shot several times in his own home. Melanie Abbott travels to Dublin to find out the background to this bitter gang feud and talk to the community caught in the middle.

Jimmy Savile and the BBC