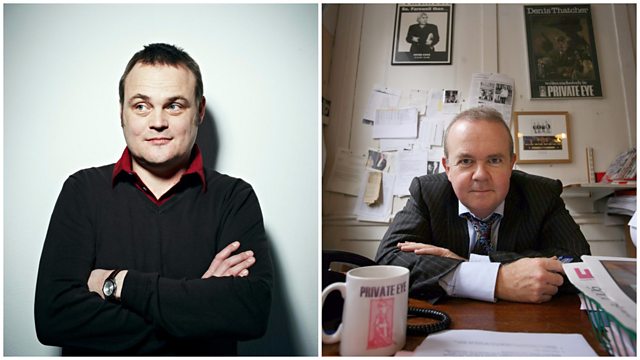 Comedian Al Murray chats to ‘Have I Got News For You’ captain and satirist Ian Hislop in the talk tag show. From March 2016.

After an early foray into stand-up as a character called 'The Murderer', Al Murray created his famous Pub Landlord character in the mid nineties as part of a touring show with Harry Hill. The Pub Landlord went on to tour venues and festivals worldwide before making his own chat show and sitcom for Sky. Outside of the Pub Landlord, Al is well known as a presenter of history documentaries and more recently as a candidate for parliament when he stood against Nigel Farage in South Thanet during the UK General Election of 2015.

Al's guest Ian Hislop is much more used to the cut and thrust of British politics both as a long-standing team captain on 'Have I Got News for You' and as the editor of satirical magazine Private Eye. As a dedicated fan and student of history, he has made several acclaimed documentaries on wide-ranging subjects including conscientious objectors and The Beeching Report.

Al grills Ian on his early days writing for such comedians as Harry Enfield, asks how we should define the role of the satirist and poses the intriguing question, 'what's it like being sued?'