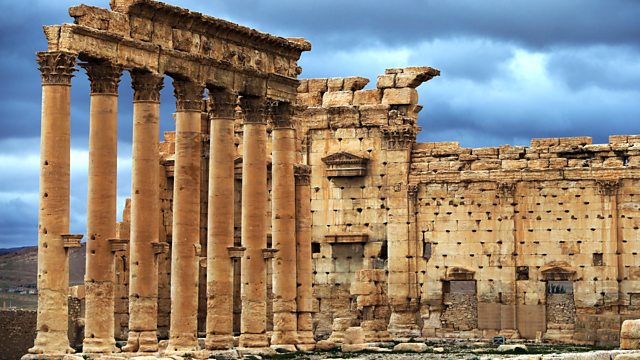 One of Palmyra's most iconic structures - and the man who gave his life to protect the city.

In May 2015, the Syrian city of Palmyra was captured by the forces of the so-called Islamic State. Few of the group’s excesses have won as much attention as their ravaging of the city. They waged a campaign of violence against the local population, and they systematically destroyed many of the city’s great monuments, including the 2,000-year-old Temple of Bel. We trace the story of the Temple, pay homage to Palmyra’s ancient warrior Queen Zenobia – and hear from a modern-day Zenobia, daughter of Khaled al-Asaad, director of antiquities at Palmyra, who was beheaded by IS. She tells us when IS militants took over her home and her last words with her father. This programme was first broadcast on 1 March, 2016.

With thanks to Faisal Irshaid of BBC Arabic, Alma Hassoun of BBC Monitoring, Rubina Raja of Aarhus University, Christopher Jones of Columbia University, and Christa Salamandra of City University of New York.

See all recipes from Palmyra: Temple of Bel