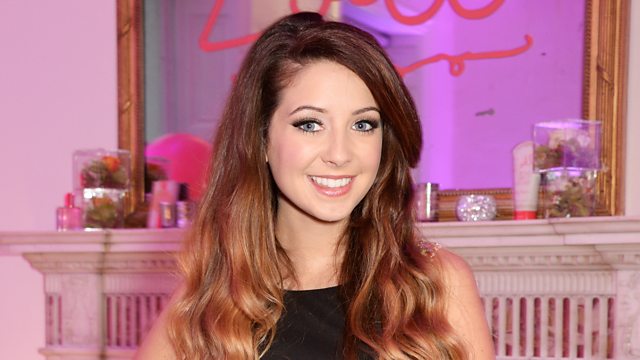 Young girls love a role model but what if it happens to be Zoella, the hugely popular vlogger? Plus supporting young offenders and a new collection of short stories, Scary Old Sex.

Young girls love a role model but what if it happens to be Zoella, the hugely popular beauty and fashion vlogger. We discuss the Zoella effect.
Key4Life works with young men leaving prison to help them to stop reoffending. We hear from a young man and his mother about the difference the charity has made to their lives, and Jane speak to the founder of Key4Life.
Religion has had a tricky relationship with the female voice, from attempting to control women's voices, to turning the female voice into a symbol of spirituality. We hear from a Muslim activist and a Jewish academic taking part in a festival in London called Sacred Voices.
Psychotherapist Arlene Heyman has just published her first collection of short stories, Scary Old Sex, in her seventies. Jane talks to her about old age, sex, her love of writing and why creating a story is entirely different from her work as a psychotherapist.

You can find out more about the festival here.