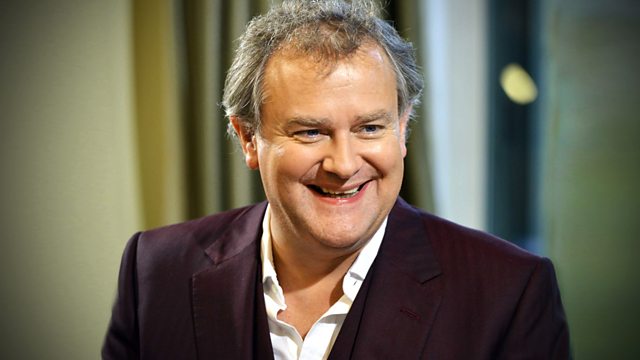 Kirsty Young talks to actor Hugh Bonneville, who chooses the eight records that he would take with him to a desert island.

Known around the world for his portrayal of Lord Grantham in ITV's hugely popular Downton Abbey, he made British audiences laugh with his portrayal of the hapless Ian Fletcher in the BBC comedies Twenty Twelve and W1A and charmed audiences of all ages as Mr Brown in the animated film, Paddington Bear.

His immense range as an actor has ensured he's seldom been out of work since joining the National Theatre in 1987, but his thespian leanings started much earlier - writing, performing & even creating tickets for his very own dramatic productions - performed for his family at home. He was born in London to a surgeon and a former nurse and grew up with two older siblings. At junior school he refused to let a teacher put him off his passion for acting which he continued to pursue while doing a degree in Theology at Cambridge.

He chose an acting career over law, and following a brief time at drama school, his first professional role was "bashing a cymbal" in A Midsummer Night's Dream at London's Regent's Park theatre in 1986. He joined the National the following year and achieved his ambition of being a member of the Royal Shakespeare Company in 1991. His television debut was as a conman in the ITV drama Chancer and his first appearance on the big screen was in Mary Shelley's Frankenstein, directed by Kenneth Branagh. He appeared opposite George Clooney in the 2014 film The Monuments Men and was the voice of Father Christmas in the BBC's adaptation of the Julia Donaldson picture book Stick Man.