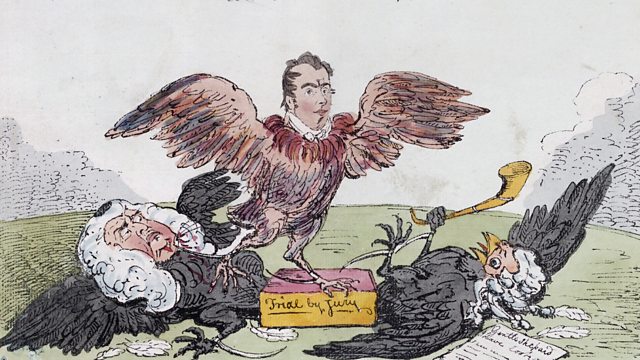 William Hone is the forgotten hero of free speech in Britain.

He was a bookseller, publisher and satirist. In 1817, he stood trial for 'impious blasphemy and seditious libel'.

His crime was to be funny. Worse than that he was funny by parodying religious texts. And worst of all, he was funny about the despotic government and the libidinous monarchy.

Ian Hislop and Nick Newman's comedy drama based on the real trial transcripts.

Ian Hislop is the editor of Private Eye and a team captain on 'Have I got News for You'. Nick Newman is a satirical cartoonist for The Sunday Times and Private Eye. They have known each other since their schooldays and have written many successful TV programmes together including 'My Dad's the Prime Minister' and 'The Wipers Times'.