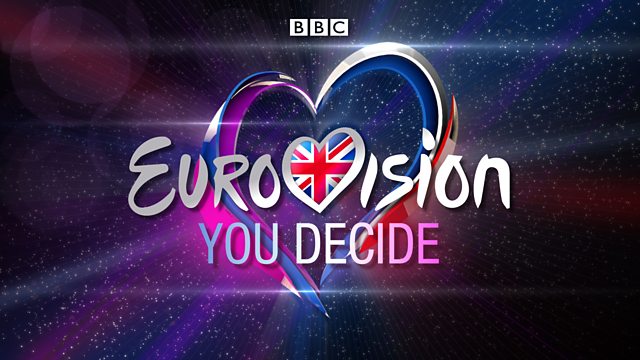 Ahead of the Eurovision Song Contest in Sweden in May, six acts battle for the honour of representing the UK, live from the O2 Forum Kentish Town.

Hosted live from the O2 Forum Kentish Town by self-confessed Eurovision fan Mel Giedroyc, this is the culmination of the UK's biggest ever national song search for the Eurovision Song Contest. It features special performances from 2015's Swedish victor Mans Zelmerlow with his winning song Heroes, while performing Love Shine a Light is the 1997 UK winner Katrina.

The selection show sees six shortlisted acts take to the stage in a bid to impress the viewers at home, as they compete for the honour of representing the United Kingdom at Eurovision 2016. An expert panel is on hand to offer their thoughts on how the songs could be made to look and sound on the stage in Stockholm. However, it is the public who will choose the winning act and song in a telephone and online vote.

The spotlight's on and the stage is set, the countdown to find our next UK act has started - but who will win? You decide!

See all clips from You Decide (15)