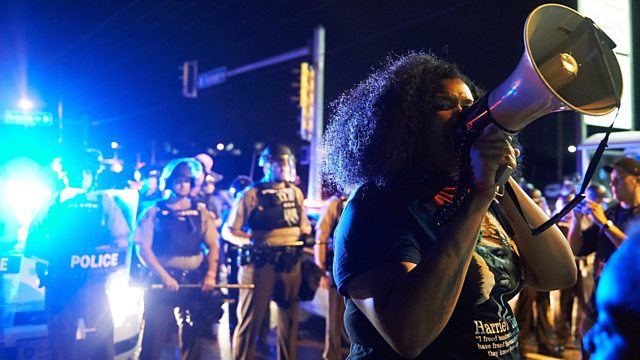 In the year that John Osborne's Look Back In Anger turns 60 Philip Dodd considers the eruption of rage in the recent politics of the US and India with Jonah Goldberg, Kit Davis, Pankaj Mishra and Sunil Khilnani.

Pause for a moment and you realise it's impossible to ignore the Black Lives Matter protests or the urgent polemics of the writer and activist Ta-Nehisi Coates, whose passionately angry new book about race in the US, The Beautiful Struggle, comes out this week. It's difficult to turn a blind eye to the rearguard action that's being fought by Indian writers and intellectuals such as Arundhati Roy, targeted by Hindu nationalists determined to seize control of the political agenda on the Subcontinent.

Who is angry with whom and why; and what about the populist anger that seems to be propelling Donald Trump towards the Republican presidential nomination and the White House. Join Philip Dodd and his guests as they search for the answers.

Sunil Khilnani is the author of Incarnations: India in 50 Lives. He is currently presenting a series based on the book on BBC Radio 4.
Pankaj Mishra is the author of several books including From the Ruins of Empire: The Revolt Against the West and the Remaking of Asia.
The Beautiful Struggle by Ta-Nehisi Coates is out now.