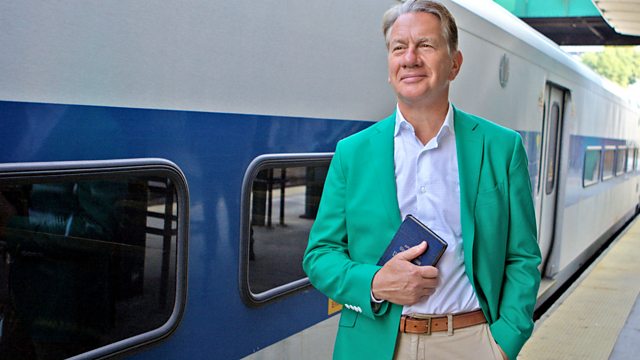 Michael Portillo rides the railroads of America. He reaches his journey's end in Jamestown, the first permanent English settlement in North America.

The choir of the First Baptist Church in Petersburg, Virginia, is in fine voice as Michael Portillo discovers how, during the 19th century, coded messages were delivered to slaves who hoped to escape via the so-called Underground Railroad.

Michael ploughs his own furrow in a field in colonial Williamsburg, a living history park, where he learns from costumed re-enactors what life was like for both master and slave.

It's battle stations in Norfolk, home to the United States Atlantic Fleet, where Michael is invited on board the naval ship USS Wisconsin to hear about the first duel fought between iron-clad vessels in 1862, and Britain's role in it.

Michael reaches the end of this American journey in Jamestown, the first permanent English settlement in North America, where he finds out about the settlers' grim struggle for survival led by Captain John Smith and Pocahontas.

See all recipes from Petersburg to Jamestown