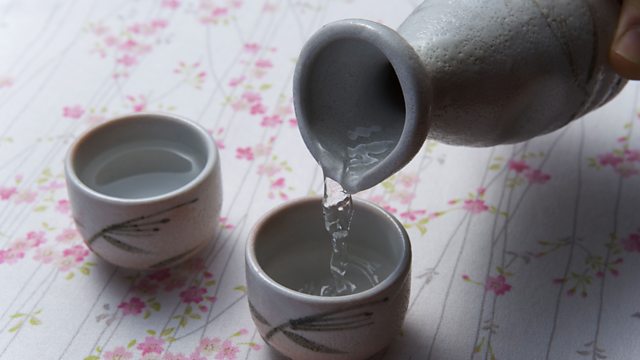 Despite reports of falling sales in Japan, sake is now seeing a rise in interest in the UK. Sheila Dillon asks what has caused it and explores the race to brew the first UK sake.

If your experience of sake has been limited to simply 'a hot cup of alcohol after a meal' like Sheila Dillon it's time to listen without prejudice. With thousands of breweries each producing dozens of varieties there is more range than most of us understand.

After a slump in sales in Japan young people are now returning to sake and in the UK interest is growing rapidly with top restaurants listing more choices, plans for specialist bars and more people in the drinks trade now qualifying in sake expertise.

But how do you know where to start? A lack of Japanese can make bottles hard to understand and when do you drink it hot or cold? What food can you pair them with? How do you avoid the really bad ones?

Sake samurai and sommelier Natsuki Kikuya explains how different varieties should be drunk and how the novice can gain confidence . She's joined by passionate sake convert, drinks writer Anna Greenhous and Techno DJ Richie Hawtin aka Plastikman fell so in love with sake he's now taking it to a new generation of young clubbers around the world.
Meanwhile the race is on between 2 breweries to produce the first sake in the UK. Will it be Scotland's Arran brewery or the Japanese Dojima brewery which is investing in a multi-million pound operation in Cambridgeshire?