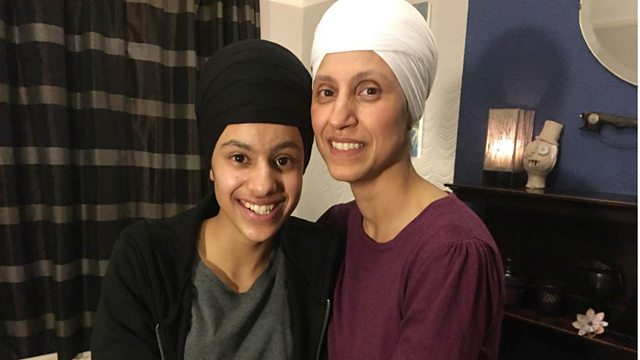 Sikh women and the turban, The Church and the middle classes and Sin

Edward Stourton explores Sikh women and the turban, the church tackling middle-class bias, and sin in the modern era.

As Ireland prepares to go to the ballot box we ask is there appetite for social change? What is the relationship between Church and State? Daniel Faas, head of the sociology department at Trinity College Dublin explains.

Ruth Hunt, Chief Executive of Stonewall, talks to Edward about the theme of Religion, Belief and Spirituality for LGBT History month and how Stonewall wants to change hearts and minds on this issue.
The Dark Side of the Soul looks at the concept of 'Sin' in the modern world. Although an old-fashioned word Stephen Cherry explains the 'Seven Deadly Sins' through contemporary examples from financial scandals to celebrity culture.

Where should the Church of England focus its efforts to stem falling membership? One proposal is to target the nation's large social housing estates. The Bishop of Burnley, Philip North, explains his idea and we hear from a vicar in Wythenshawe, Manchester, about the challenges he faces in filling the pews.

It was the tenth Sikh Guru, Guru Gobind Singh, who instructed Sikhs to wear the turban as a mark of their faith. Now it seems more and more women are wearing turbans. Nikki Bedi went to meet one woman in London to find out why?

Bob Walker visits Syrian refugees in Nottingham and they tell him their story of how they recently came to the UK and how they are coping in their new home.

Pope John Paul II's letters to show Anna-Teresa Tymieniecka raise questions about how difficult it is for a Catholic priest to have a non-sexual relationship with a woman. We look at the value of companionship with Father Phil Sumner and historian Elizabeth Abbott.