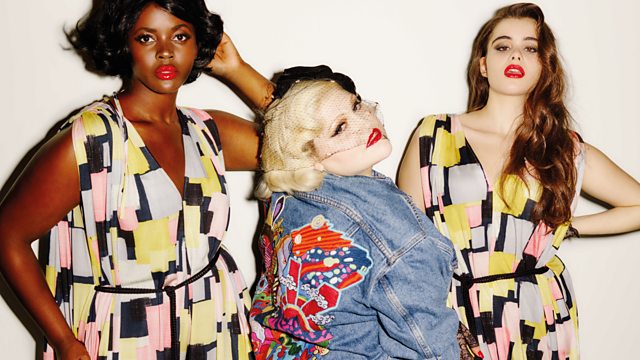 Earlier this week some 50 people were killed when four hospitals in Northern Syria were hit by missiles. Dr Rola Hallam, Medical Director of the NGO Hand in Hand for Syria explains why hospitals are being targeted and how aid agencies and NGO's are helping women and children caught in the conflict.

Beth Ditto, lead singer of the cult American band Gossip, outspoken feminist and LGBT activist speaks to Jenni on the day she launches her own plus-size fashion line.

Is the Motherhood Challenge on social media a celebration of motherhood or an unrealistic image of womanly perfection? To discuss, Jenni is joined by the journalist Flic Everitt, and by Jody Day, the founder of Gateway Women, a global support network for women who are childless by circumstance, and the author of Living The Life Unexpected: 12 Weeks To Your Plan B For A Meaningful And Fulfilling Future Without Children.

Actor and singer Sharon D Clarke recently opened at the National Theatre playing Ma Rainey, an African American singer often referred to as the Mother of the Blues. Sharon joins Jenni to talk about Ma, the importance of strong, female, black characters, training as a social worker and she sings Ma Rainey's Black Bottom.

Lynn Knight keeps a button collection that has been passed down through three generations of women in her family. She joins Jenni to talk about "The Button Box," her book which uses buttons to tell the story of women's lives from pre-First World War domesticity, to the delights of beading and glamour in the thirties, to short skirts and sexual liberation in the sixties.