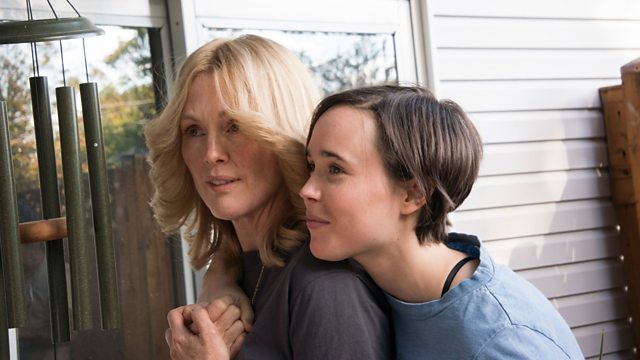 Arts news with Samira Ahmed, including Julianne Moore and Ellen Page in Freeheld, novelist Anna Hope on her new book, and singer and multi-instrumentalist Jack Garratt.

Stella Duffy reviews Julianne Moore and Ellen Page in Freeheld, based on the true story of lesbian police detective's struggle to have her pension transferred to her domestic partner after she is diagnosed with cancer.

Novelist Anna Hope discusses her new book, The Ballroom, a love story set in an asylum in Yorkshire in 1911 and set against a backdrop of changing attitudes towards poverty and mental illness.

Singer and multi-instrumentalist Jack Garratt on his début album, Phase.

Freeheld is in cinemas from Friday 19 February, certificate 12A.

Phase is released on Friday 19 February.

The Ballroom by Anna Hope is published by Penguin Random House.

Unexpected Eisenstein is running at Grad, London until 30 April 2016.

Further information is available at the Kino Klassika Foundation