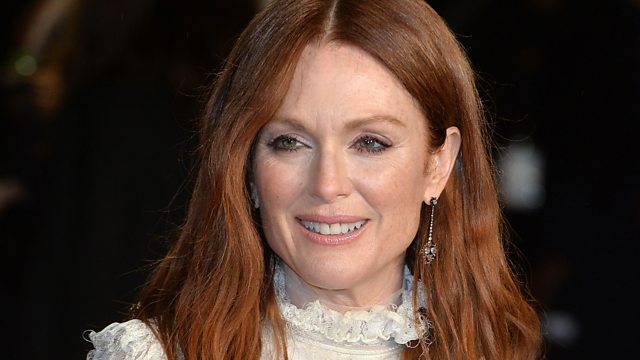 The Oscar-winning actor Julianne Moore talks to Jane about her role in the new film, Freeheld. It is based on the true story of Laurel Hester, a police officer in Ocean County, New Jersey and her struggle to ensure that, following her diagnosis with terminal lung cancer in 2005, her civil partner is entitled to her pension benefits.

Last week Met Police Commissioner Bernard Hogan-Howe suggested that Police should no longer automatically believe women who claim to have suffered rape or sexual abuse, and it should be illegal to name suspects until charged. So what will it mean if police change their approach to allegations of rape and sexual abuse and no longer automatically believe the complainant? Jane is joined by Yvonne Traynor, CEO of Rape Crisis South London, Surrey & Sussex, Fiona Mallon, temporary commander & Metropolitan Police lead on rape, and Vera Baird, Police & Crime Commissioner for Northumbria.

Psychotherapist, Christine Webber discusses how we can best support our children through their first teenage heartbreak.

Tonight on BBC4 Botticelli's Venus: The Making of an Icon sees artist and entrepreneur Sam Roddick exploring the enduring appeal of the Renaissance masterpiece. Sam joins Jane to explain the making of a very modern icon of female sexuality.