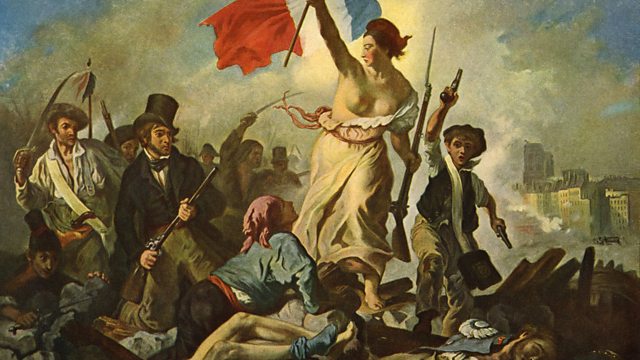 Jonathan Lynn, author of Yes, Minister talks to Philip Dodd about his new play Patriotic Traitor which imagines the relationship between Petain and de Gaulle as that of father and son and follows them from their first meeting in World War I to the end of the Second World War, by which time, each had sentenced the other to death.

Suhdir Hazareesingh, author of In The Shadow of the General: Modern France and the Myth of de Gaulle, and writer and political columnist, Anne Elizabeth Moutet join Daniel Lee, New Generation Thinker and author of Pétain's Jewish Children to discuss with Philip Dodd the different notions of France that Petain and de Gaulle fought for and their post-war legacies.

And as a new exhibition Delacroix and the Rise of Modern Art opens at London's National Gallery, Philip Dodd talks to curator Christopher Riopelle about the romantic pessmism of Eugene Delacroix and his visions for both art and the future of society.