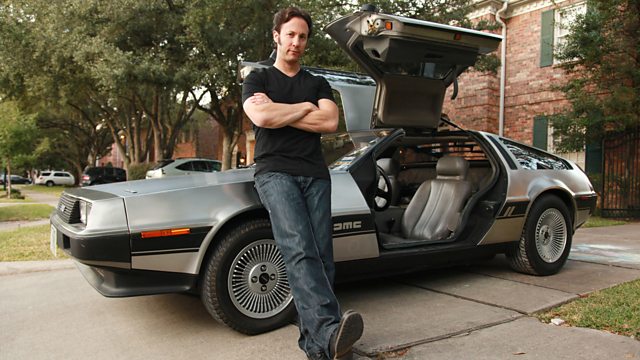 How Do I Decide?

The Brain with David Eagleman
Episode 4 of 6

Series exploring how the brain conjures up the world we take for granted. This episode takes a journey through the unseen world of decisions, and how they get made.

Series in which Dr David Eagleman takes viewers on an extraordinary journey that explores how the brain, locked in silence and darkness without direct access to the world, conjures up the rich and beautiful world we all take for granted.

The human brain is the most complex object we've discovered in the universe, and every day much of its neural circuitry is taken up with the tens of thousands of decisions we need to make. This episode takes a journey through the unseen world of decisions, and how they get made. We start with a simple one - choosing a flavour of frozen yoghurt - and learn that every decision we make is born of a 'winner takes all' competition between rival neural networks.

We meet a woman who is unable to make decisions because of damage to her orbito-frontal cortex - an area that is key to integrating the signals streaming in from the body - and discover that feedback from the body is vital to the decision-making process. Dr Eagleman reveals that something as simple as when you ate your last meal can even influence life-changing decisions, as a study of judges showed they were less likely to give parole when they were hungry.

So many of our conscious life-defining decisions are actually steered by unconscious influences, whether it's deciding whom we find attractive or how to vote in the next election. Professor Read Montague reveals that he can be 95 per cent certain about which political party we will vote for based on our brain's response to disgusting imagery. The more disgusted a brain response is, the more likely that person is to vote Conservative.

Finally, Dr Eagleman takes a look at how we can take better control of the decisions we make, and uses an exciting new technique called fMRI neurofeedback to retrain the brains of drug addicts who want to make better decisions, to say 'no'.

Who Is in Control?

Why Do I Need You?

See all episodes from The Brain with David Eagleman