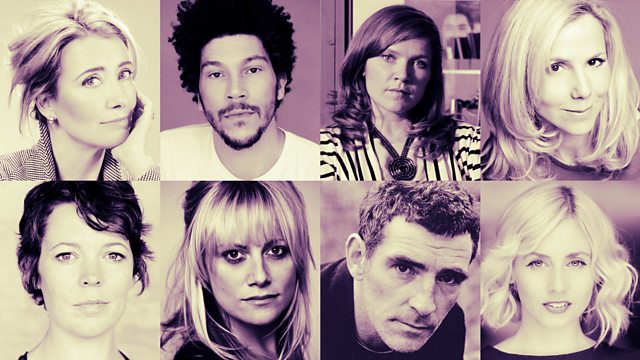 Talking to Strangers
Episode 2 of 4

Comic monologues in which a range of characters find themselves engaging in that most un-British of activities: talking to a stranger.

Each piece is a character study: funny, frank, absurd, moving... Characters include a sex councillor who loves to draw, a spy who loves to share, a woman who likes to help too much ('I'm a serial helpist...'), a frustrated falconer, and a cheater who has to call her cheatee the morning after. And in this show, the listener themselves 'plays' the silent stranger in the piece...

Written and performed by Sally Phillips and Lily Bevan.

See all episodes from Talking to Strangers