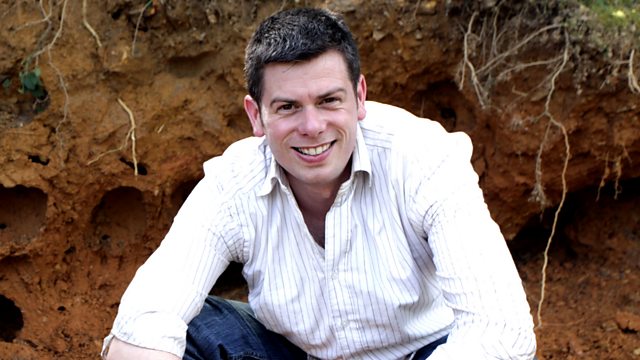 Professor Adam Hart reveals how humanity is altering the evolutionary paths of other creatures - fishing the biggest fish, hunting the fittest animals and polluting the planet.

Humans have been altering animals for millennia. We select the most docile livestock, the most loyal dogs, to breed the animals we need. This "artificial selection" is intentional. But as Adam Hart discovers, our hunting, fishing and harvesting are having unintended effects on wild animals. Welcome to the age of "unnatural selection".

This accidental, inadvertent or unintentional selection pressure comes form almost everything we do - from hunting, fishing, harvesting and collecting to using chemicals like pesticides and herbicides; then pollution; urbanisation and habitat change as well as using medicines. All these activities are putting evolutionary pressures on the creatures we share our planet with.

Commercial fishing selects the biggest fish in the oceans, the biggest fish in a population, like Atlantic cod, are also the slowest to reach breeding maturity. When these are caught and taken out of the equation, the genes for slow maturity and 'bigness' are taken out of the gene pool. Over decades, this relentless predation has led to the Atlantic cod evolving to be vastly smaller and faster to mature.

Trophy hunting is another example of unnatural selection. Predators in the wild tend to pick off the easiest to catch, smallest, youngest or oldest, ailing prey. But human hunters want the biggest animals with the biggest antlers or horns. Big Horn Sheep in Canada have evolved to have 25% smaller horns due to hunting pressures.

Probably the best understood examples of unnatural selection are the evolution of antibiotic resistance in bacteria. By using antibiotics we're inadvertently selecting the bacteria that have resistance to the drugs. The same goes for agricultural pesticides and herbicides.

Even pollution in Victorian times led to the Peppered moth to change its colour.

Adam discovers that our influence is universal; often counter to natural selective pressures and is rarely easy to reverse. He explores the impact on entire environments and asks whether we could or should be doing something to mitigate our evolutionary effects.