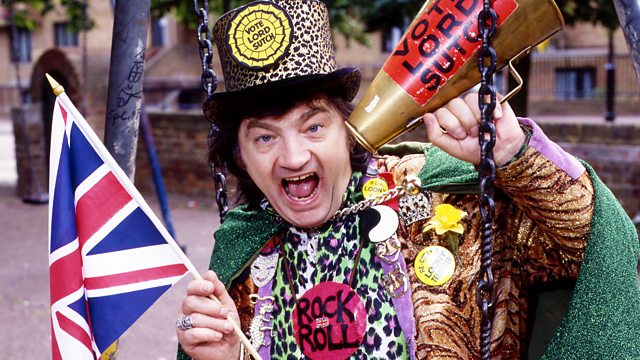 James Graham talks to Anne McElvoy about his new play which puts Screaming Lord Sutch on stage. Plus Margaret MacMillan on whether individuals can make a difference to history.

Playwright James Graham talks to Anne McElvoy about his new comedy which puts Screaming Lord Sutch on stage. Graham's previous plays include The Vote, The Angry Brigade, This House.

Historian Margaret MacMillan explores the question 'what difference do individuals make to history?' in her book History's People: Personalities and the Past. Figures include Bismarck, Babur and Roosevelt.

Steve Furber, Professor of Computer Engineering at the University of Manchester, talks about his work on neural networks - constructing machines which work like parts of the human brain. He is joined by Tom Standage, digital editor at The Economist.

Monster Raving Loony is on at the Drum, Plymouth, from February 10th to 27th.

Scroll down the page to the right for related links (from the Free Thinking archives: Anne McElvoy talks to John le Carré on 50th anniversary of his novel, The Spy who Came in from the Cold.)