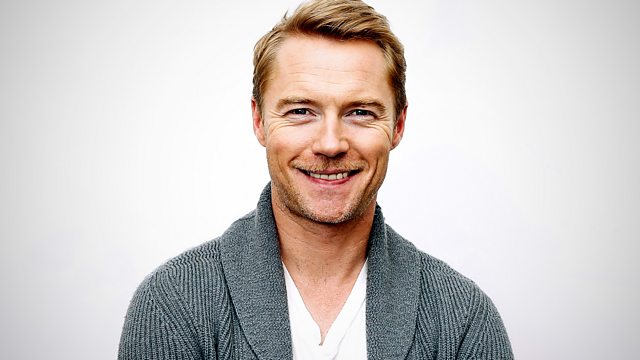 The singer-songwriter and actor Ronan Keating joins Aasmah Mir and the Rev Richard Coles. With Inheritance Tracks from Phil Tufnell.

The singer-songwriter and actor Ronan Keating joins Aasmah Mir and the Rev. Richard Coles.
Ronan has sold more than 45 million records worldwide as a solo artist, and alongside Boyzone. After a break to star to critical acclaim in the west end musical Once, and appear as a judge on Australian X-Factor, he has returned with a very personal album. He describes how he was inspired from newfound happiness following his recent marriage.

James Hyman explains his obsession with collecting magazines: he currently has some 75,000 magazines dating back to 1910, the largest magazine collection in the world.

When Nicole Tennant died from cystic fibrosis, her twin sister Melissa found the bucket list she had written and, in an effort to keep her memory alive, she has completed the wishes - from dancing in the rain, to climbing the steps of the Eiffel Tower and milking a cow.

Saturday Live listener Wendy Arnold tells the story of a coincidence that happened on her 21st birthday - almost 50 years ago.

Jason and Suzanne Matthews - a former CIA spy and his spy wife - reveal how they served together for 33 years as a 'tandem couple'.

And Phil Tufnell shares his Inheritance Tracks: Soul Limbo by Booker T and the MGs and Can't Take My Eyes Off You performed by Gloria Gaynor.

Ronan Keating's album Time of My Life and single Let Me Love You are out on 12 February.
My Sister's Wishes by Melissa Tennant, is published on 11 February.
Palace of Treason By Jason Matthews.
Where Am I? By Phil Tufnell is out now.

Saturday Live presenters and guests on the 6th Feb 2016