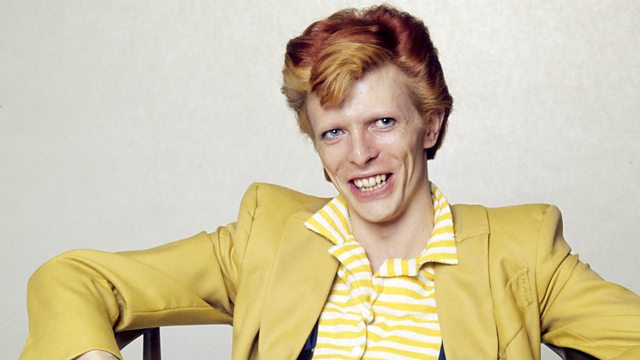 A journey through a musical universe - David Bowie's extraordinary life and career told in his own words. From January 2016.

With previously unheard interviews, studio out-takes and a collection of musings from throughout the years, the story of David Bowie's extraordinary life and career told in his own words.

By his own count, David Bowie inhabited seven different personas throughout his career and, while each one of those creations channelled wildly different musical influences that were often difficult to identify, Bowie was always able to articulate with great conviction which musical universe he was inhabiting at each turn – even if he often contradicted himself.

“I usually don’t agree with what I say very much. I’m an awful liar”, he claimed in 2002, while summarising his many changes in style.