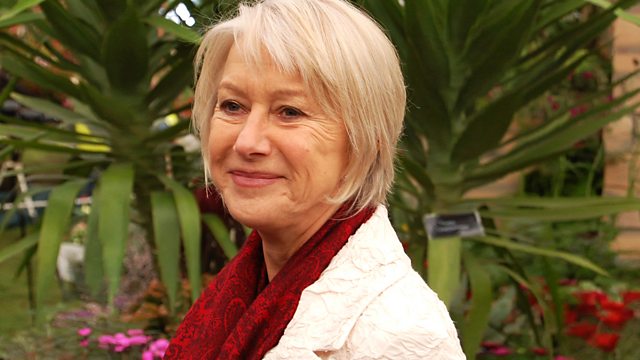 Helen Mirren, a Zika update from Dr Sarah Jarvis, two new novels explore divorce, the story behind Schumann's last composition and will Mary Somerville be on the new RBS £10 note?

Dr Sarah Jarvis gives an update about the Zika virus after two confirmed cases in the Republic of Ireland.

Helen Mirren plays Hedda Hopper, a 1940s Hollywood icon and notorious gossip columnist, in a new film, 'Trumbo'. Dame Helen speaks to Jane Garvey about playing a poisonous Hollywood diva, who devoted her life to destroying communists in the blacklist era and was known for her love of flamboyant hats.

Two novels that centre on divorce have recently been published. What can we learn from these stories about the experience of divorce and how to get through it successfully? We discuss mediation, custody and communication with authors Julia Forster and Mary Banham-Hall.

The 19th century scientist and women's rights activist, Mary Somerville, is one of three Scottish figures being considered to appear on the Royal Bank of Scotland's new ten pound note. Somerville College - one of Oxford's first women's colleges - was named after her. The College's Principal, Dr Alice Prochaska, explains more about the woman who was the first person to be described as a 'scientist.'.