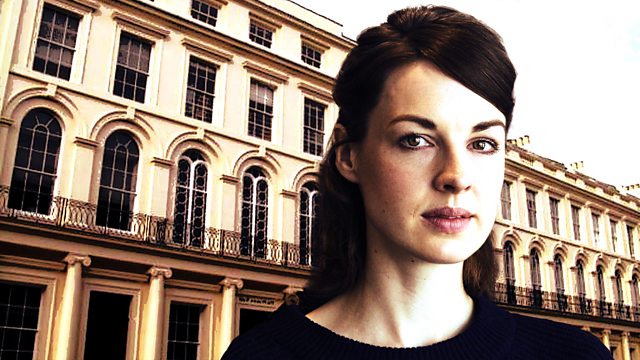 As Soames Forsyte prepares to face his wife's lover in court, an unidentified body lies in the city morgue. With Joseph Millson.

John Galsworthy's epic novels of sex, money and power in an upper class family.
Dramatised for radio by Shaun McKenna

As Soames Forsyte prepares to face his wife's lover in court, an unidentified body lies in the city morgue.

Over the next 2 years, BBC Radio 4 is broadcasting a new dramatisation of all 9 books in John Galsworthy's The Forsyte Saga. An epic tale of sex, money and power in the lives of an upper middle-class family in London, it spans 50 years from 1886 to 1936.

Today's play concludes the first novel "The Man of Property". It's the day after Irene Forsyte's lover, the architect, Philip Bosinney, was struck down in the fog by a hansom cab. Irene waits in his lodgings for his return.

The story continues every day this week in the 15 Minute Drama slot and concludes in the Saturday Drama at 1430.

Award-winning writers Shaun McKenna and Lin Coghlan are dramatising the complete novels and Interludes and have taken a new approach to the books - delving deeper behind the Edwardian façade to bring more of Galsworthy's wonderful insight, wit and observation from the page. Although focussed on the period in which they were written - in the first 20 years of the 20th century - the novels feel remarkably contemporary and have much to reveal of our own world and inner lives.

Jessica Raine (Call the Midwife, Jericho) takes a central role as narrator, with Juliet Aubrey playing Irene and Joseph Millson, Soames. Later in the series they are joined by Jonathan Bailey, Max Bennett and Ben Lambert.

The Producers are Marion Nancarrow and Gemma Jenkins.

See all episodes from John Galsworthy - The Forsyte Saga

How to be an Edwardian gentleman 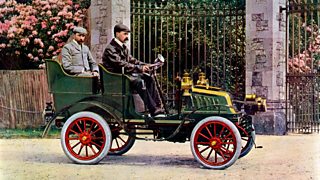 Top tips on how to cram as much enjoyment into your life as is humanly possible.

The rather nifty twenties slang quiz 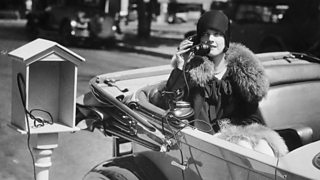 So ‘wise head’, think you 'know your onions'?