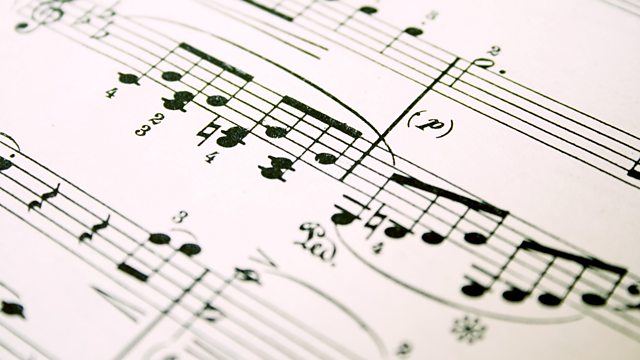 On Start the Week Tom Sutcliffe talks to the violinist Edward Dusinberre about interpreting Beethoven's string quartets. The sixteen quartets are challenging to play and appreciate alike, and have been subject to endless reinterpretation. The director, Mariame Clément, puts her own spin on the rarely performed comic opera L'Etoile, introducing two actors - one English, one French - to comment on the action. A missing interpreter is at the heart of Diego Marani's new novel, which combines the author's promotion of multilingualism with an interest in the relationship between language and identity. While the poet Vahni Capildeo, who moved from her native Trinidad to Britain, explores the complexity of identity and exile and finds herself drawn to words: "Language is my home, I say; not one particular language."
Producer: Katy Hickman.

Diego Marani is the Policy Officer in charge of multilingualism at the European Union in Brussels.

The Interpreter is published by Dedalus.

Mariame Clément is an opera director.

L’Étoile is on at the Royal Opera House in February.

Vahni Capildeo is a poet and writer.

Measures of Expatriation is published by Carcanet Press.

Edward Dusinberre is first violinist of the Takács Quartet.

Beethoven for a Later Age: The Journey of a String Quartet is published by Faber & Faber.