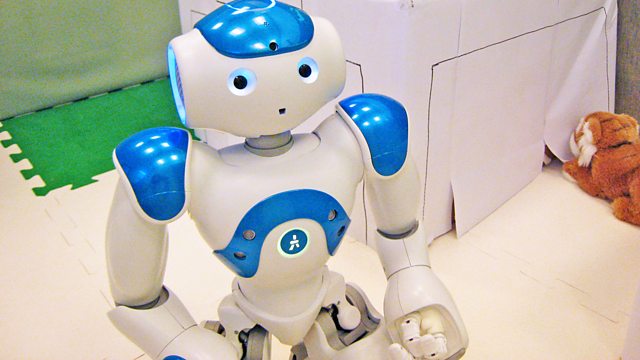 Dad's Army, Utopia in sci-fi, States of Mind at the Wellcome Collection

As Dad's Army inspires a film, Matthew Sweet looks at the fifth column, learns about a robot's emotions and looks at utopia in sci-fi.

As Dad's Army inspires a new film, Matthew Sweet looks at the history of the fifth column with historians Juliet Gardiner and Steven Fielding. He also meets robot designer Lola Cañamero who, along with writer Laurence Scott, talks about modelling emotions and how interacting with AI affects us. New Generation Thinker Jonathan Healey explores utopia in sci-fi as a series of events mark the 500th anniversary of Thomas More's text Utopia.

States of Mind: Tracing the edges of consciousness runs at the Wellcome Collection in London from 4 February - 16 October 2016
A Friday Night Late Spectacular, Feeling Emotional, takes place on Friday 5 February 19:00-23:00 exploring the art and science of human emotions.

Utopias is the theme of this year's LSE Space For Thought Literary Festival. In a discussion on Friday 26 February 2016 Toby Litt, Patrick Parrinder, Samantha Shannon explore the history of the utopian genre in literature and its present state.

Radio 3's Free Thinking explores Utopia in politics past and present in a debate recorded at LSE on Wednesday February 17th at broadcast on Thursday February 18th.

Scroll down the page to the right for related links (from the Free Thinking archives: Discussion on Human Emotions)