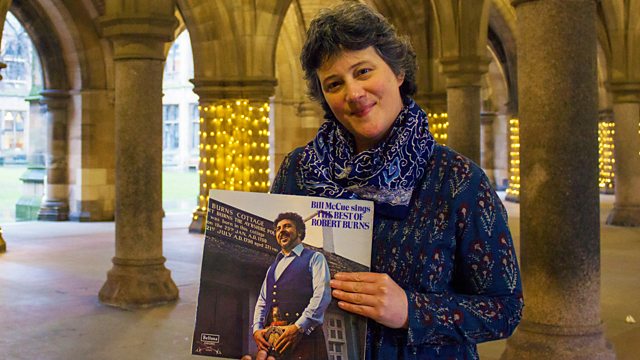 Burns, My Dad and Me

Documentary about singer Bill McCue's love of Robert Burns and McCue's daughter Kirsteen's view of Burns. Once an unwanted intrusion into her life, she's now an expert on Burns.

Bill McCue was a TV star in the 70s and 80s and one of the founding singers with Scottish Opera. With his powerful bass voice and endless enthusiasm for all things Scottish, Bill introduced many a Scot to the songs of Robert Burns. As a teenager, his daughter Kirsteen felt that Robert Burns was an unwanted intrusion into her life: 'Burns was on such a pedestal in our house, it almost put me off'. Now a professor at Glasgow University and a leading expert on Burns, Kirsteen has changed her tune.