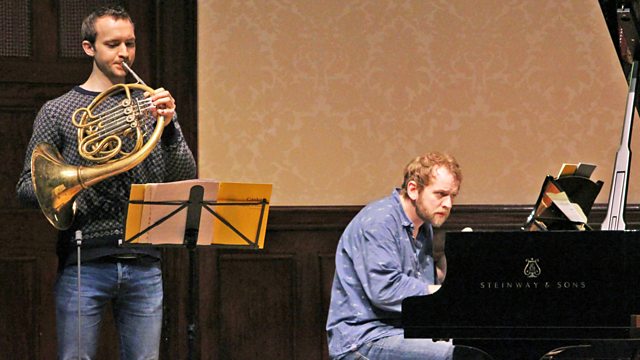 James MacMillan: Motet V from 'Since it was the day of Preparation'
Beethoven: Horn Sonata in F major Op. 17
John Casken: Serpents of Wisdom (world première)
Schumann: Adagio and Allegro in A flat major Op. 70

Alec Frank-Gemmill was a member of Radio 3's New Generation Artists scheme at the time of this concert. His lunchtime recital programme sets two totemic pieces from the classical horn repertoire alongside James MacMillan's Motet V and the world première of Serpents of Wisdom, a work written for him by John Casken.

Death and the Maiden