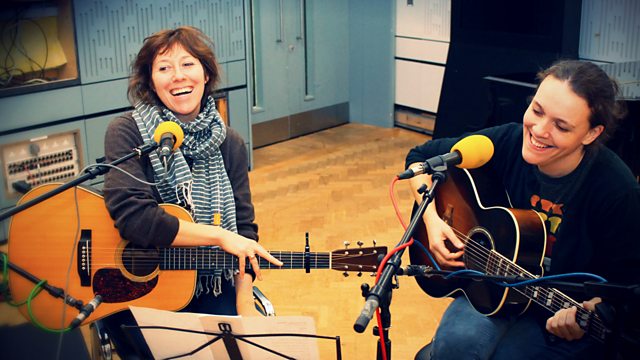 The Wainwright Sisters; Women and US Politics

On Monday primary voting begins in the US presidential race - Sarah Palin is back on the scene in support of Donald Trump, and Hillary Clinton is under attack from her Democrat rival (Bernie Sanders) as the "Establishment candidate". Clinton's credentials as a defender of Women's Rights have also been under attack from Trump's camp and polls show her struggling to engage younger women.

Martha Wainwright and her half-sister Lucy Wainwright Roche on growing up as part of a musical dynasty, the death of Martha's mother Kate McGarrigle at the time of the difficult birth of her son, how this brought her closer to Lucy and inspired her to create an album of dark lullabies with her - including songs passed on in their family (from each of their mothers and their father to the children), and why they're recording together now as The Wainwright Sisters.

Trouser trends for the coming season and influences from the past with Sasha Wilkins, who blogs as Liberty London Girl, and fashion historian Amber Butchart.

Composer Jocelyn Pook and Director Emma Bernard will be talking to Jenni about how they've used performance and music to bring to life some of the poems and drawings by children who were in the Terezin concentration camp. The production is currently touring round the country and will be at London's Barbican on Saturday.