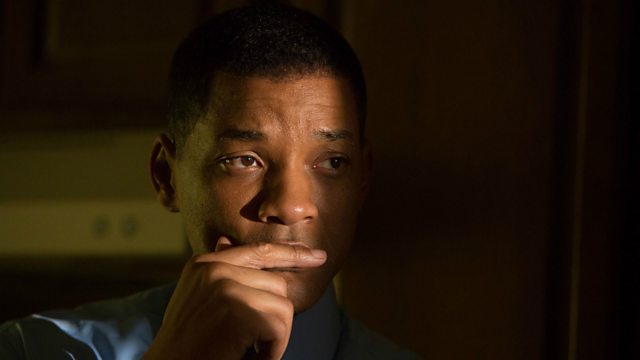 Will Smith talks to John Wilson about his new film Concussion, Caryl Churchill's lastest play Escaped Alone, Iran as the next tourist hotspot and Ringo Starr on his birthplace.

Will Smith talks to John Wilson about his role as a forensic neuropathologist in the new film Concussion, based on a true story, which deals with the phenomenon of brain injury in American Football.

The British Museum's Vesta Curtis describes the glorious heritage of Iran and reflects upon recent US policy changes and their impact on tourism.

With news that after years of wrangling, Ringo Starr's birthplace at 9 Madryn St, Liverpool, is to be refurbished rather than knocked down, the former Beatle looks back on growing up there in an interview he gave to Front Row in 2008.

Concussion, starring Will Smith, is in cinemas from Friday 12 February, certificate 12A.

Escaped Alone by Caryl Churchill is running at the Royal Court Theatre until 12 March.

Ringo Starr's birthplace could be saved

Read more about the story on the BBC news page

Iran opening its doors to tourists

Vesta Curtis of the British Museum with suggestions of what to see there.