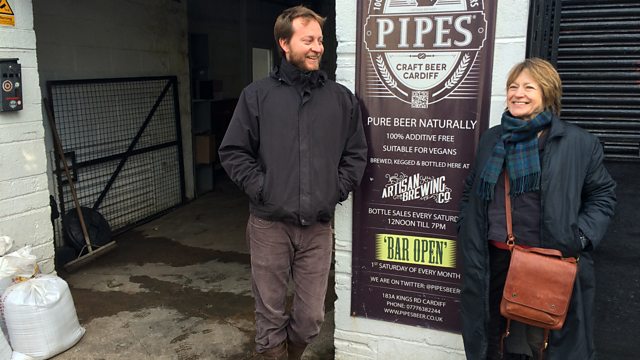 Cardiff: The Story of a City through Its Food

Sheila Dillon travels to Cardiff to hear the stories behind the city's food scene. She hears how its multicultural history is shaping the food and drink available today.

Welcome to Cardiff, Croeso i Caerdydd. The capital of Wales and the fastest growing urban population in the UK. For centuries, people have come to the city to live from Wales, and from far beyond the country's borders, attracted by the prospect of a life between the sea and the hills. It's a city with, at once an international community and a strong Welsh identity.

In this programme Sheila Dillon travels to Wales to find out what this has to bare on the city's food scene. She hears how modern redevelopment is pulling in big restaurant chains, whilst small scale food businesses come up with imaginative ideas to stay in the game. She discovers a part of the city which still reflects the mass immigration into Cardiff docks of the 19th century. Food businesses which are evolving as today's migrants take the helm. She tries a truly home-grown brew, made with crowd grown hops by Cardiffians, and she gets a taste of the city's most revered pastry encased creation. This is a city where food means more than it might first appear.

Leeds: The Story of a City Through Its Food

Newcastle: The Story of a City through Its Food