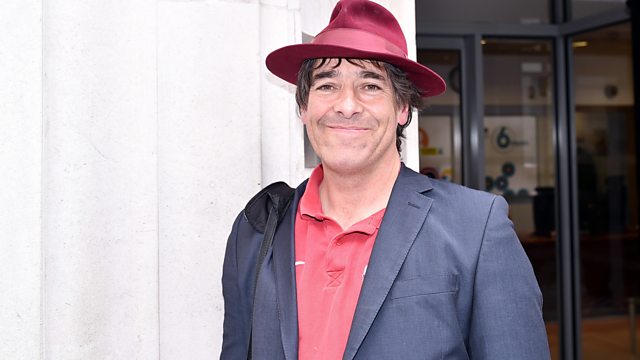 The stand-up comedian, broadcaster and newspaper columnist grew up in Kent with his adopted parents. He's currently touring the country with his new stand up show. 'Who do I think I am?, which deals with his efforts to trace his birth mother. He discusses his experience of tracing his roots, and his endless fascination with British towns.

Paula Zuccotti is an ethnographer, industrial designer and trends forecaster. She has been travelling the world charting a day in the life of people through their touched objects. She reveals how objects can tell stories of our lives.

Anna Bailey meets Michael Nyman, the composer turned film-maker and photographer to talk about his love of the light.

Graham Short is a micro engraver, who has depicted 'Leonardo da Vinci's 'The Last Supper' along the sharp edge of a razor blade. He goes to extreme lengths both physical and mental to ensure he has a steady hand. He explains his love of producing art that is too small to be seen by the naked eye.

Debbie Wiseman is a television and film composer. She has written the score for BBC 1's Dickensian series. She explains how she composed the themes for some of the most popular Dickens characters. She also reveals her theme tune to accompany Richard and JP.

And M C Beaton shares her inheritance tracks - (There'll be Bluebirds Over) The White Cliffs of Dover by Vera Lynn and The Rowan Tree by Kenneth McKellar.

Mark Steel's 'Who Do I think I am? tour runs until 3rd June
Every Thing We Touch - A 24 Hour Inventory of Our Lives by Paula Zuccotti is published by Viking
Dishing the Dirt by M C Beaton is published by Constable
Dickensian (Original Television soundtrack) is released on 26th February