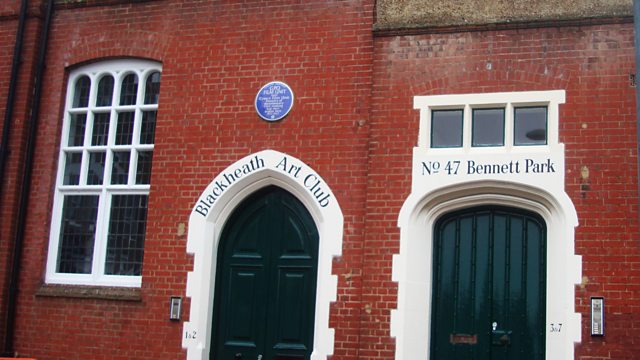 Crossing the Border - Poetry and Film

The history of poetry in film is an alternative aspect of cinema. Matthew Sweet investigates.

Right from the birth of cinema, film-makers have experimented with poetry in film. Matthew Sweet explores this overlooked history.

The Russian pioneer film-maker Dziga Vertov developed his celebrated montage technique out of Mayakovsky's poetry and the GPO Film Unit's 'Night Mail' with W H Auden's closing poem owes a good deal to these Russian experimentalists. Starting at the unlikely site of the studio where scenes from 'Night Mail' were shot and recorded eighty years ago, Matthew establishes this iconic film as an important blueprint for poets and film-makers since.

In recent times, the poets Tony Harrison and Simon Armitage have both made documentary films where their poems replaced conventional commentaries. Matthew hosts a reunion between Tony Harrison and his collaborator, the film director Peter Symes, as they relive the powerful moment of filming of the exhumation of a body in a Neapolitan necropolis. This moment poses core questions about film poems: what does the viewer hear and see, how do word and image relate to each other? With Simon Armitage, Matthew learns how his poetry on film gives a voice to the marginalised. Now, a burgeoning movement of experimental film-makers are creating a new space for the production, curation and distribution of film poems in festivals and in digital media, so as the mainstream media fragment, film poetry is returning to its avant garde roots as was exemplified by early film poem makers such as Germaine Dulac and Maya Deren.