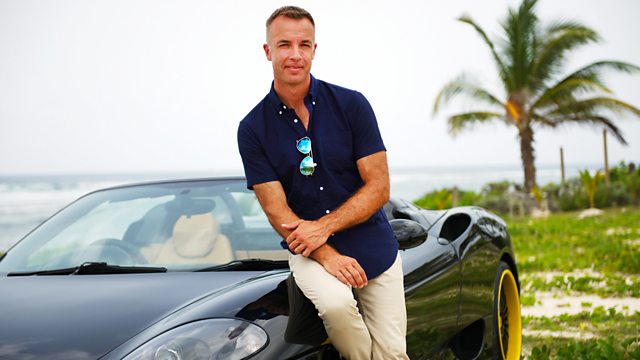 Jacques Peretti travels to the Cayman Islands to investigate the controversial British tax haven - a place with the population of Bognor Regis but a trillion pounds in the bank.

The Cayman Islands. It is a Caribbean paradise of sun, sea and cocktails, but there is something else going on. Big money, big corporations... and seemingly no one paying a penny of tax.

Now Jacques Peretti travels to Cayman in search of the truth about this controversial British tax haven, and uncovers some shocking revelations for what this sun-drenched island means for everyone back in Britain.

Jacques meets the politicians, playboys and ex-pats on the islands in a bid to unravel the truth about a place with the population of Bognor Regis... but a trillion pounds in the bank!