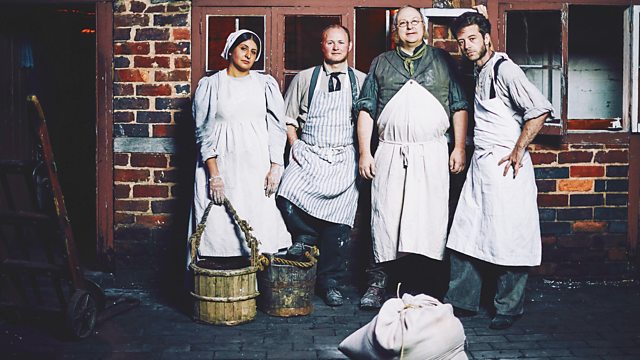 Four professional bakers experience working during the Victorian era. The team has left the rural bake house and moved to an urban bakery in the time of the Industrial Revolution.

Four 21st-century bakers bake their way through the era that gave us modern baking as we know it - the reign of Queen Victoria. Experts Alex Langlands and Annie Gray join them to tell the incredible story of our daily bread.

The bakers have left the rural bake house and the golden age of baking behind, this time it's the 1870s and they're moving into an urban bakery in the midst of the Industrial Revolution.

Their new bakery is totally authentic and it boasts two coal-fired ovens. At this time it is coal that fuels Britain's epic industrial expansion and bread that feeds its ever-expanding urban workforce. A growing middle class start demanding 'fancy breads' for breakfast and so the bakers must now bake through the night.

Machinery may be powering the nation, but manual labour is cheap and so the bakers are still kneading by hand and are expected to double their output. It's back-breaking work, so much so that one baker decides to do as some Victorian bakers did and use his feet. The bakers experience first-hand the exhaustion and squalid working conditions their forebears endured and it's no surprise to hear that Victorian bakers' lives were tragically short. Morale is low, but it plummets when they are tasked with using the adulterants their forebears added to Britain's bread, and some start to question whether it's safe to continue.

Britain may have been an industrial superpower, but it's the arrival of imported finely milled flour and cheap sugar that finally sweetens life for the bakers as it did for the masses. Cakemaker Hapreet Baura tries her hand at producing hugely popular London buns, the cupcake of their day. 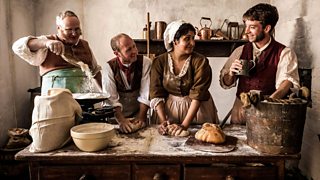