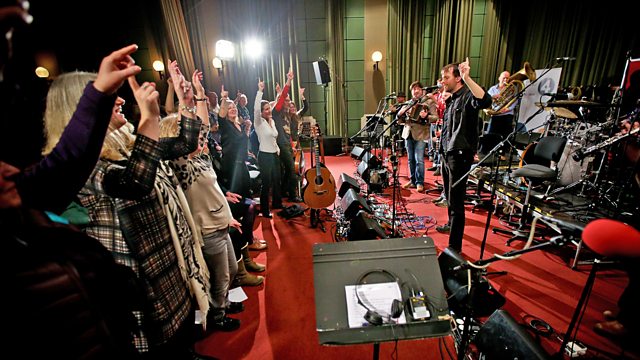 John Wilson talks to Bellowhead about their 2010 album Hedonism and their 12-year career. The audience asks the questions.

John Wilson continues with his fifth series of Mastertapes, in which he talks to leading performers and songwriters about the album that made them or changed them. Recorded in front of a live audience at the BBC's iconic Maida Vale Studios.

Programme 10 (B-side): Having discussed the making of 'Hedonism' (in the A-side of the programme, broadcast on Monday 18th January and available online), Bellowhead respond to questions from the audience and performs exclusive live acoustic versions of some to the key tracks from the album.

See all clips from Bellowhead (the B-side) (3)