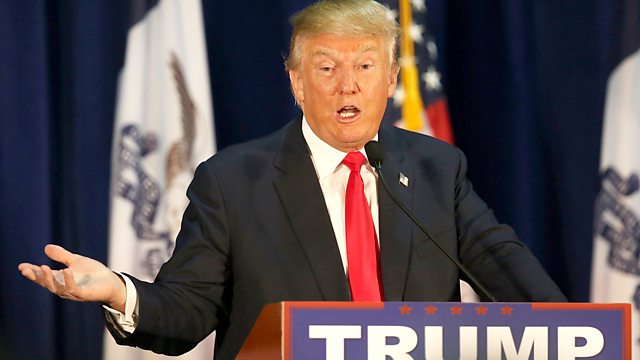 Jonathan Freedland explores the rise of Donald Trump through the prism of the past by examining the careers of three 20th-century Americans who reached large audiences.

Jonathan Freedland focuses on the rise of Donald Trump through the prism of the past, by examining the careers of three high-profile 20th century Americans who became rich, famous and entered the political arena.
Jonathan's guests include Professor Anthony J. Badger, former Paul Mellon Professor of American History at Cambridge University; James P. Rubin, who was the Assistant Secretary of State for Public Affairs under President Bill Clinton;
Robert Singh, who is Professor of Politics at Birkbeck, University of London and a specialist in US government and politics and the politics of American foreign policy; Kate Andrews, Head of Communications and Research Fellow at the Adam Smith Institute; she is also a spokesperson for Republicans Overseas UK.

Military Drones and the 'Robo-planes' of the 1940s