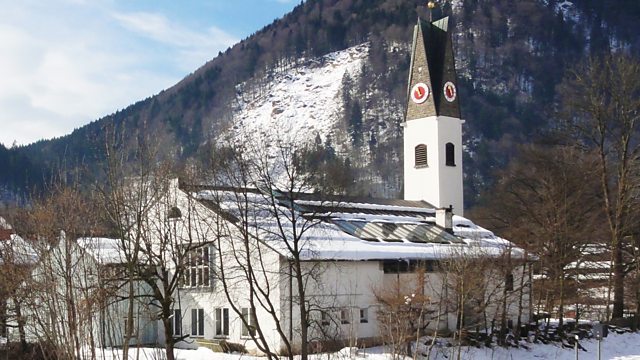 Sunday hears from migrants seeking sanctuary in German churches. Plus reaction to the Anglican primates' meeting and the monks who discovered an 18th-century chicken curry recipe.

For the next three years the US Episcopal Church will not be able to participate fully in the Anglican Communion. That's the decision of the Primates' Meeting held this week in Canterbury.

It's a consequence of the Episcopal Church's decision to recognise same sex marriage and homosexuality. The church has also had a number of privileges withdrawn. The Rt. Rev. Mariann Budde, Bishop of the Episcopal Diocese of Washington DC gives Edward Stourton her reaction.

Reporter Trevor Barnes has been following the Primates' meeting. He reports on how the Archbishop of Canterbury's efforts to prevent a split of the global church were received and assesses reaction to the final communique.

It's a right that dates back to the Councils of Carthage, that of being able to seek sanctuary from the state in a church. Today, this practice is hardly ever recognised by governments but in Germany it's been revived as a last resort for refugees threatened with deportation. Joe Miller reports from Bavaria.

This Sunday, Pope Francis will hold a special Mass for migrants as he marks 'Migrants and Refugee Day.' Cardinal Vincent Nichols reflects on the current migrant situation across Europe.

Faith based charities receive the largest share of donations in Britain. There's concern that new proposals to regulate their fundraising will have a serious impact on their work. Jeremy Moodey, the CEO of the charity of Embrace ME and David Ainsworth from Civil Society Media debate.

We discover how a 18th century cookbook with one of the first recipes for chicken curry ended up in the library of Downside Abbey in Somerset.