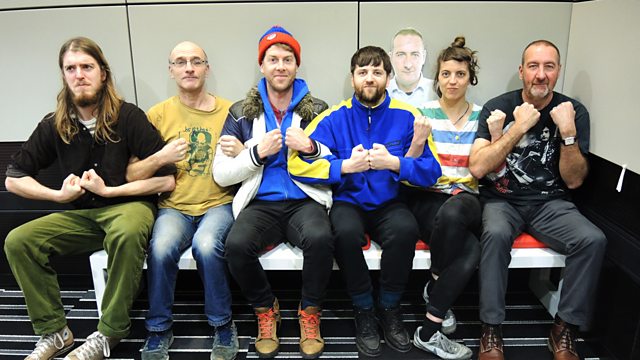 Marc has a live session from Rozi Plain, who is on the line-up for the 2016 6 Music Festival in Bristol.

Marc has Rozi Plain live in session. She's an old friend of the show and part of the exciting line up for the 6 Music Festival 2016 in Bristol.

Today BBC Radio 6 Music announced the full line up for the 6 Music Festival 2016 in Bristol
Following last year's amazing event on Tyneside (Mogwai! Wire! The Pop Group!), this year we head to Bristol where over 50 acts will be joining us for 3 days of live music, conversation and very late nights.

Ms Laverne and Messrs Radcliffe and Maconie revealed the the artists and performers who will be joining us to take part in what promises to be an incredible event.

Bristol has a huge musical heritage from Tricky to Vice Squad to Acker Bilk and we'll be immersing ourselves in the city, with music, art, spoken word and comedy across multiple venues including Colston Hall, Motion, the Academy and The Trinity Centre.