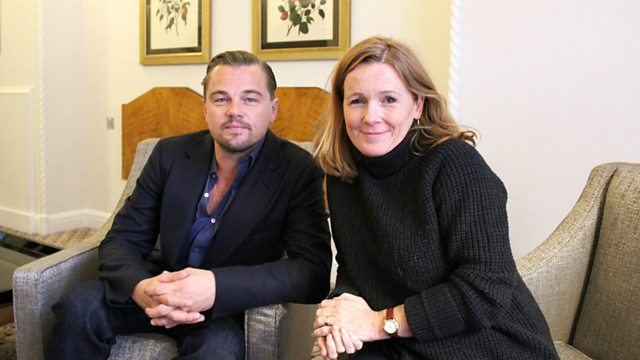 Leonardo DiCaprio, star of The Revenant which has recently been nominated for 12 Oscars, talks to Kirsty about the film's arduous production.

TV drama The Rack Pack tells the story of Britain's obsession with snooker in the mid-1980s and the rivalry between Alex 'Hurricane' Higgins and Steve Davis. Sports writer Alyson Rudd and film critic Andrew Collins review.

Author and contributing editor of The Bookseller, Cathy Rentzenbrink, considers the value of literary festivals to authors, following Philip Pullman's resignation as patron of the Oxford literary festival over its refusal to pay the writers who appear there.

Choreographer Will Tuckett and the playwright and librettist Alasdair Middleton discuss Elizabeth - a work of dance, music and theatre, exploring the life and loves of Queen Elizabeth I, and starring Zenaida Yanowsky and Carlos Acosta.

The Assassin, Jack Thorne, Attacking the Devil, Peter May

The Revenant is in cinemas now, certificate 15.

The Rack Pack will be available to watch on BBC iPlayer from Sunday at 9pm.

Elizabeth is at the Linbury Studio Theatre in London until Sunday 17 January.