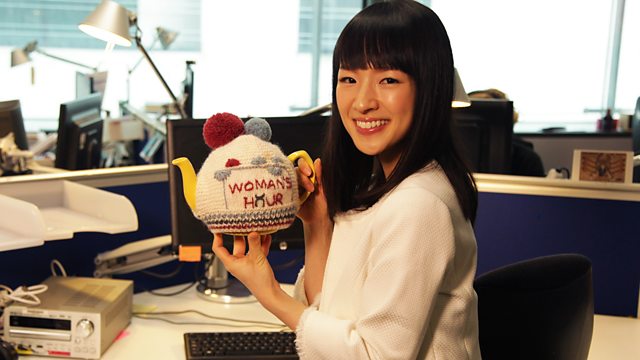 Japan's expert declutterer Marie Kondo, Shami Chakrabarti steps down from Liberty, inheriting your parents' musical taste, and a cafe that is staffed mainly by women over 60.

Japan's professional cleaner Marie Kondo makes a living out of transforming people's messy homes into spaces of beauty, peace and inspiration. Her method is called KonMari and her secret is to focus on what brings joy, not what you want to get rid of. Jenni asks Marie about her so-called life-changing tidying technique.

Shami Chakrabarti talks about her decision to step down as Director of the civil rights organisation Liberty. Three years ago she was named as one of the top 100 women in Britain on the first Woman's Hour Power List.

As part of Woman's Hour's series Women in One, Abigail Hollick goes to Liverpool to ask women personal questions. Today she talks to a woman about being widowed after 57 years of marriage.

Archive feature - Reporter Judi Herman visited Nana Cafe in Hackney, London which was staffed by volunteer older women, putting a lifetime of cooking and nurturing skills to use.

Music journalists Jude Rogers and Mark Sutherland discuss whether we can or should pass our musical taste down to our children.