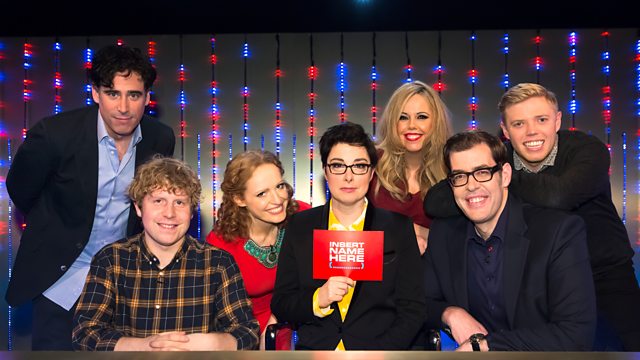 Sue Perkins presents the comedy panel show all about famous people, past and present, who have just one thing in common - they share the same name. Our host invites two teams, headed up by captains Richard Osman and Josh Widdicombe, to battle it out, answering questions and competing to earn the right to decide the greatest ever bearer of that episode's name. Cue lots of comic banter, funny facts and unusual stats, as the two teams vie to outdo the other.