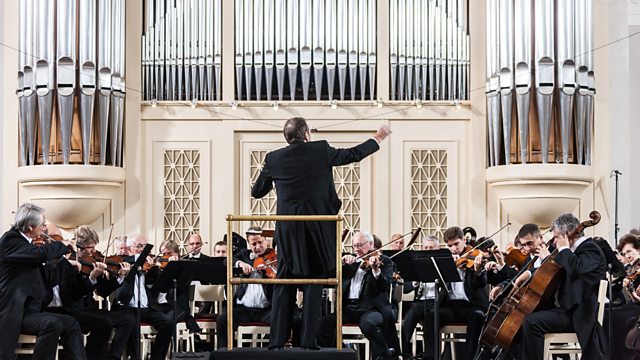 Leningrad and the Orchestra that Defied Hitler

Amanda Vickery and Tom Service reveal an exceptional story of triumph of human spirit over unspeakable terror. In August 1942, a concert took place in Leningrad that defies belief.

In August 1942, a concert took place in Leningrad that defies belief. A year earlier, the Germans had begun the deadliest siege in history which would kill three quarters of a million civilians. In the midst of the terror, a group of starving musicians assembled to perform Shostakovich's 7th Symphony in what would become a defiant moment in the city's ultimate survival. Historian Amanda Vickery and BBC Radio 3 presenter Tom Service reveal the extraordinary story of triumph of the human spirit over unspeakable terror.

Amanda shows how Leningrad was simultaneously persecuted by Stalin and Hitler, the 'twin monsters' of the 20th century. Meeting with siege survivors and uncovering diaries and photographs, she reveals the reality of life in Leningrad as it literally starved to death.

Meanwhile, Tom explores the thin line walked by Dmitri Shostakovich as the composer came perilously close to becoming a victim of Stalin's paranoia, and reveals how, as Leningrad starved, his 7th Symphony was performed around the world, uniting audiences against a common enemy before finally returning to the city.

Shot entirely on location in St Petersburg, the story is interwoven with excerpts of the symphony performed specially by the St Petersburg Symphony Orchestra conducted by Maxim Shostakovich, the composer's son.