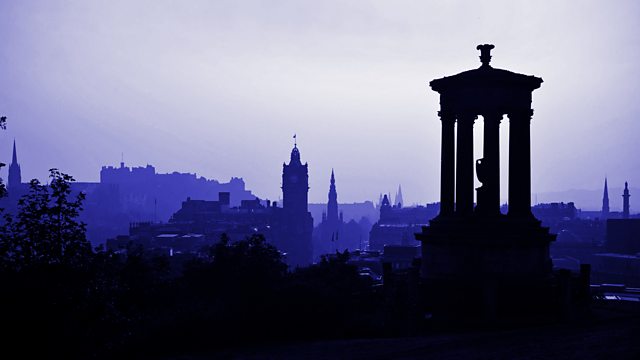 Edinburgh at the Year's Midnight: A Winter Journey in Poetry through Scotland's Capital City

A winter journey in poetry, sound and music through Scotland's capital city by Stewart Conn, with Gordon Kennedy, Siobhan Redmond and Aly Macrae.

A winter journey through Scotland's capital city by Stewart Conn. The poetry is introduced and read by Stewart with the acclaimed Scots actors Gordon Kennedy and Siobhan Redmond. Music is arranged and played by Aly Macrae.

Stewart Conn is one of Scotland's most highly-regarded poets. He lives in Edinburgh and was, from 2002 to 2005, the city's inaugural Makar - the Scots name for a poet or bard. His Bloodaxe collections include The Breakfast Room (2011 SMIT Scottish Poetry Book of the Year) and a new and selected volume, The Touch of Time.

A fragment from Under The Ice by Stewart Conn, inspired by Raeburn's portrait which hangs in the National Gallery in Edinburgh:
"...Was Raeburn's skating parson
a man of God, poised
impeccably on the brink;
or his bland stare
no more than a decorous front?
If I could keep my cool
like that. Gazing straight ahead,
not at my feet. Giving
no sign of knowing
how deep the water, how thin the ice."