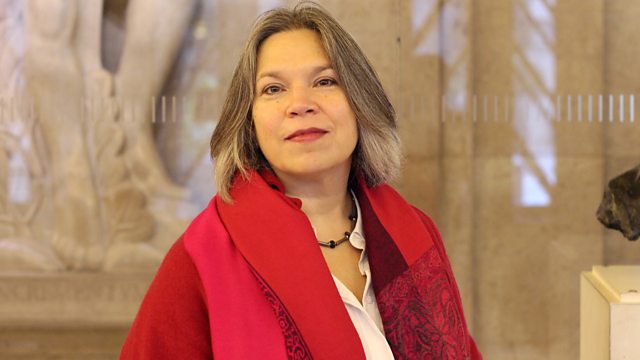 Francesca Kay on The Long Room

Alex Clark talks to Francesca Kay about her novel The Long Room, and Francesca Haig and Ann Morgan discuss twins in literature.

On Open Book this week, Alex Clark talks to Francesca Kay about her novel The Long Room which is set in London in the 1980s, against the backdrop of the Cold War. Also on the programme - the power of two: Francesca Haig and Ann Morgan discuss twins in literature, in their own novels and beyond; an editor recommends a book from a rival publishing house, and as we begin a New Year, Open Book offers a new way to read a little every day.

Look Back at the Year in Books

Read the opening chapter of The Long Room by Francesca Kay

In the large kitchen, which occupied most of the middle of the house, a sullen fire burned, the smoke of which wavered up the blackened walls and over the deal table, darkened by age and dirt, which was roughly set for a meal.  A snood full of coarse porridge hung over the fire, and standing with one arm resting upon the high mantel, looking moodily down into the heaving contents of the snood, was a tall young man whose riding-boots were splashed with mud to the thigh, and whose coarse linen shirt was open to his waist.  The firelight lit up his diaphragm muscles as they heaved slowly in rough rhythm with the porridge.

He looked up as Judith entered, and gave a short, defiant laugh, but said nothing.  Judith crossed slowly over until she stood by his side.  She was as tall as he.  They stood in silence, she staring at him, and he down into the secret crevasses of the porridge.

His voice had a low, throaty, animal quality, a sneering warmth that wound a velvet ribbon of sexuality over the outward coarseness of the man.

Judith’s breath came in long shudders.  She thrust her arms deeper into her shawl.  The porridge gave an ominous leering heave; it might almost have been endowed with life, so uncannily did its movements keep pace with the human passions that throbbed above it.

̒ Cur, ̓ said Judith, levelly, at last.  ̒ Coward!  Liar! Libertine! Who were you with last night?  Moll at the mill or Violet at the vicarage?  Or Ivy, perhaps, at the ironmongery?  Seth – my son… ̓  Her deep, dry voice quivered, but she whipped it back, and her next words flew out at him like a lash.

̒ Do you want to break my heart? ̓

The porridge boiled over.