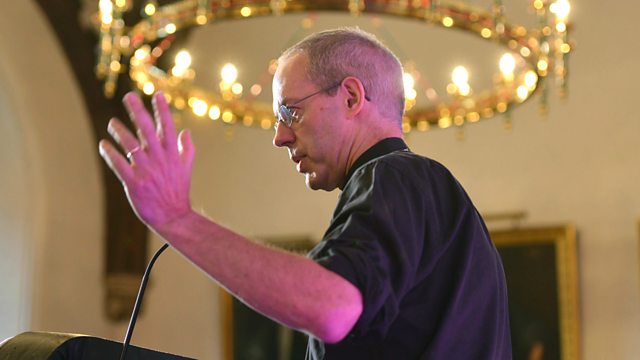 'Last roll of the dice' for the Anglican communion, the Pope's new book and the rising cost of kosher living. Sunday is presented by Edward Stourton.

There's much speculation ahead of the gathering of Anglican leaders at Canterbury next week. Will they all show up? How soon will someone walk out? It is unlikely they will reach a common agreement about the issue of homosexuality which has divided the Communion for more than ten years but might they at least disagree well? Two leading British evangelicals discuss the art of good disagreement.

The Pope' has a new book out. Actually, it's a record of a conversation between Pope Francis and Italian journalist Andrea Tornielli and it centres on the subject that the Pope seems to want to see as the hallmark of his Pontificate. "The name of God is mercy" will be launched in 80 languages on Tuesday, but Edward speaks in advance of publication to Andrea Tornielli.

The cost of kosher living is on the rise. The 'Kosher Chicken Index'calculates that food costs, synagogue fees and a house in the right area can add £13,000 a year to the bills of an observant Jewish family.

The consultation period on government proposals to regulate 'out of school places of education' ends on Monday. "Sunday" has already heard from Christians concerned at the implications of these proposals for their children's and youth activities.
Hundreds of Muslim leaders have also expressed their opposition to the idea of Islamic religious schools - madrassas - being regulated and inspected by the Department of Education. We speak to one of them - and to an Imam who supports the Government's approach.