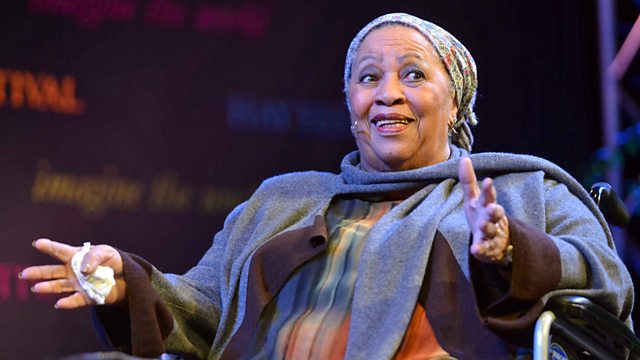 Jenni Murray presents discussion on loneliness, including who suffers and what can be done about it.

Loneliness- who suffers and what can be done; with Sue Bourne whose new documentary, The Age of Loneliness, is on BBC One on Thursday evening; Kylie Taylor, a young woman who is lonely despite a busy job surrounded by people and Isabella Goldie of the Mental Health Foundation.

The 15 minute Drama this week is Beloved by Toni Morrison. To discuss Morrison's work and the new writers following in her footsteps we are joined by Patricia Cumper who adapted the book for radio, Dr Tessa Roynon - Teaching and Research Fellow, University of Oxford and writer and journalist, Irenosen Okojie whose debut novel Butterfly Fish was published in 2015.

Each year BBC Radio 1's Sound Of poll invites over 100 music industry experts to vote for their favourite emerging artists who they think should be the ones to watch for the new year. The top five names of the Sound Of 2016 poll are being announced on Radio 1 each day this week, and today they named number three: NAO - a 28 year old East London singer-songwriter and producer. She sings 'it's You' live on the programme.

As Jeremy Corbyn's Shadow Cabinet is unveiled, we look at who's in and who's out and what it means for the women in the Labour Party with Ayesha Hazarika, former special advisor to Harriet Harman.

Podcasts for 2016, Women voters and the EU referendum

The Age of Loneliness

Sue Bourne's BBC 1 documentary on loneliness, which will be broadcast at 10.35pm on Thursday 7th January 2015.

A national campaign launched in 2011 to combat loneliness in the UK.

A UK-based charity providing advice and support for people with mental health issues.

Charity improving the lives of those with mental health problems or learning disabilities.

A free, confidential and multi-issue helpline service for young people under 25.

A charity helpline providing confidential emotional support for people of all ages.

A non-profit organization which matches frail, elderly people who live alone with volunteers who take them to tea one Sunday every month.

To find out about all the Sound Of 2016 acts, watch the show on BBC iPlayer or Red Button now and check out the website: bbc.co.uk/soundof2016