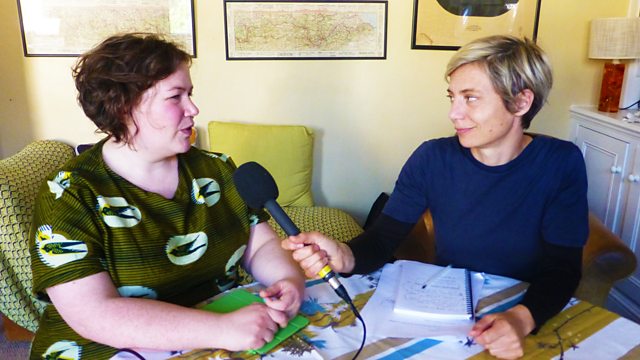 Podcasts for 2016, Women voters and the EU referendum

Jane Garvey hears about the podcasts to listen to in 2016 and what women voters make of the EU referendum, and young women talk about moving to the UK as teenagers.

This year Britain could face a referendum on its membership of the European Union. The Government has promised voters will get to decide if Britain leaves or remains in the EU by the end of 2017. The campaigns on either side have launched, so what do women voters think about the referendum and are the politicians listening to them? Jane talks to pollster Deborah Mattinson who has contributed to a new report from British Future.

We look at the podcasts to listen out for in 2016 with Miranda Sawyer presenter of 'In Pod We Trust' and podcaster Helen Zaltzman.

What's the impact of moving to the UK as a young woman? What are the challenges, lessons learned, and all that comes with adapting to a new culture? Jane talks to Carolin, born in Estonia, Mish, of Israeli descent who grew up in Holland, and Vikki, born in Kenya.

Do we need to change the way we talk about break-ups? All the words we have - split, finished, dumped - suggest clean and sudden separations, rather than the long, often complicated, and drawn out experiences many of us have. Comedian Rosie Wilby thinks we need a more compassionate way of thinking and talking about the end of relationships and psychotherapist Susanna Abse considers the importance of letting go.

In Pod We Trust

The first episode of the recent Radio 4 series on podcasting, with Miranda Sawyer in conversation with Helen Zaltzman.

Kathy Clugson presents the highlights of Radio 4 in Four in 2015, which includes our interview with Kim Catrall on how there are different ways to be a mother.

A fortnightly chatshow for less-than-perfect parents, hosted by Ellie Gibson and Helen Thorn.

A WNYC-produced podcast hosted by Anna Sale about the big questions and hard choices that are often left out of polite conversation.

Women Of The Hour

A podcast miniseries, created by BuzzFeed and hosted by Lena Dunham, which talks about friendship, work, love, bodies and more.